This past weekend, the Littlenecks 2025, 2026, and 2027 teams wrapped up play in the first-of-its-kind Spring League, in which Eastern New England’s top clubs competed on a bi-weekly basis. Below are write-ups recapping the season, team pictures, and cumulative stats for each of our teams. Go ‘Necks! 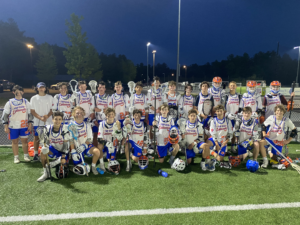 The 2025 Littlenecks made progress throughout the spring, albeit in a bit of a non-linear manner. The general themes showed almost always rock-solid goalie play, and the defensive unit displayed an aggressive, highly physical style that lacked refinement at times (as one would expect with pre-season play) but never heart or grit. The offense showed flashes as it continues to grapple and slowly embrace a new system that we’re confident will bear fruit. Transition play was a strength of this group, and when their prowess in settled offensive sets catches up, they’ll be in very good shape!

The 2026 Littlenecks fought their way into a bracket promotion with their play throughout the four week “regular season”. Throughout that time, they won some exciting, close, hard-fought games. Goalie play was consistent, and our efforts at the face off X were generally worthy of commendation. Sometimes in life, you gotta be careful what you ask for. Because they exceeded expectations in the regular season, they got bumped up in the final weekend to take their whacks at the very best the region has to offer at this age. This was the eye-opening experience we expected it’d be, but we have no doubt players learned from it, just as our coaches did.

**No stats were kept for this group** 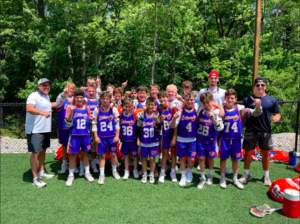 The 2027 Littlenecks’ season was the almost exact inverse as the 2026s. They were placed in extraordinarily challenging bracket – the league’s toughest for the class – for the duration of the league. They took some lumps, but kept right on swinging, and made clear strides in all phases of the game. After the pre-playoff reconfiguration, they were moved down into the second of three brackets, and pushed right on through to a Championship game victory vs. 3d. Iron sharpens iron. And for this group, the sharpness of the iron was on full display when it met lesser metals. Once this group is rejoined by the few top players missing in the spring league, I suspect this squad will be downright dangerous throughout summer.

The 2028s played their first-ever games at the Play Jam on 6/13 in Fitchburg. All three games were close and exciting, and the victory to end that day was indicative of the type of performance we know we’ll come to expect from this team. In each game, this squad performed better than the previous game. The sky is the limit for our ’28s, and we look forward to providing more comprehensive coverage of this up-and-coming Littleneck squad!